Female Wrestler List
Women engage in pro wrestling just as well as...
List of Best Mukbang Youtubers
Mukbang is a type of videos where a person...
List of Union States
During the american civil war what we know as...
List of Will Smith Movies
Will Smith is an award winning american actor, producer,...
List of Presidents in Numerical Order
There is a long line of presidents that have...

They say that when faced with a problem or a challenge, two heads are better than one. Sometimes, this is true, not only for solving problems but also for creating history. Let us look at some interesting and dynamic partners who created name, fame and fortune for themselves by combining their talents and creative energies. 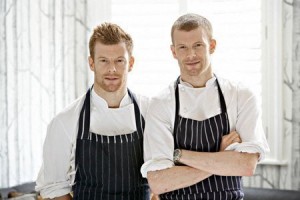 Adam and Eve: The first famous duo to change the very fabric of human history would most definitely have to be our very first couple on Earth, Adam and Eve. Sinners they may be, but the fact remains that these were the two who paved the way for the future generations and altered destiny itself.

Cleopatra and Anthony: Truly, ‘a pair so famous’ will perhaps never be matched in terms of their fervor or passion for each other. Their tragic love story and crackling chemistry continue to remain a hot favorite for avid romantics. Set against the backdrop of unquenchable thirst for power, this tragic tale continues to remain one that is often remembered, mainly because of its star couple, Anthony and Cleopatra.

Romeo and Juliet: Another Shakespearean classic love story, Romeo and Juliet will always remain the archetypal lovers who died a tragic death, hoping and wishing that their love will find fulfillment and happiness at least in the other world.

Abbot and Costello: Who can forget this famous duo and their excellent comic timing?  William Abbot and Lou Costello became the well-known Abbot and Costello pair who defined American comedy with their rib tickling word play on many a medium, including those of radio, film, stage and television. This iconic duo made three little words, unforgettable – ‘Who’s on first?’

Laurel and Hardy: The very sight of these two and one cant but help smile and chuckle. The rather frail Englishman Stan Laurel and the well-nourished American-born Oliver Hardy are quite a twosome! They continue to entertain even the present generation with their very many goof ups and adventures. Laurel and Hardy rose to fame in the late 1920’s and continued to reign till the mid 1940’s. They still have it in them to entertain and amuse their audience, all over the world.

Ernie and Bert: An integral childhood memory of many kids who grew up watching Sesame Street, the comic duo of Ernie and Bert have successfully been immortalized by their original performers, Frank Oz and Jim Henson.

Tom and Jerry: An otherwise uneventful cat and mouse chase got a whole new meaning to it after these two were born! William Hannah and Joseph Barbera from Metro-Goldwyn-Mayer can take the credit for this evergreen pair.

The Wright Brothers: Orville Wright and Wilbur Wright pooled their energy and vision together to create history by building and inventing the first successful airplane of the world. The first practical fixed-winged aircraft owes its origins to these brothers.

Bonnie and Clyde: Clyde Barrow and Bonnie Parker are the notoriously famous criminal duo, known for their very many robberies and criminal exploits. Their story has also been captured for posterity in American popular folklore by Arthur Penn, in his movie with the names of this famous, or rather, ‘infamous’ duo.

Simon and Garfunkel: Who can forget the inimitable music of The Graduate? Paul Simon and Art Garfunkel are a dynamic duo who played an important role in shaping a part of the character of pop culture. This immensely talented singer-songwriter duo, still continue to remain in the public consciousness.

Brad Pitt and Angelina Jolie: This is one famous couple that have enthralled all with their sizzling chemistry and awesome good looks. Real life Romeo and Juliet, only time will tell, but for now, they sure deserve to be on our list of famous duos.

Johnny Cash and June Carter Cash: Married together in life and in death, this was and is, what true love stories are made of. Their togetherness was even celebrated on celluloid and immortalized. Today, these two talented singers rest peacefully near their home in Tennessee.

Bill Clinton and Hillary Clinton: This internationally famous couple has seen several highs and lows and incredibly, they have stood by each other through it all. They still continue to support each other and Bill Clinton passionately backed Hillary in the 2008 presidential elections when she was one of the leading nominees for the Democratic presidential nomination. And now, the wife of one of the most charismatic presidents of the United States of America wields the responsible position of the 67th Unites States Secretary of State.

Larry Page and Sergey Brin: We owe it to this duo for creating one of the most superior search engines in modern times, Google. The Internet has revolutionalized communication and Google now, has become an indispensable tool to access all kinds of information.

These are only a few of the awe-inspiring duos who in their own unique ways, created history. Some of them like Bonnie and Clyde channelized their creative energies for destructive means, but nevertheless, they remain etched in the memories of people. There are many more such famous duos and the above listed are a few interesting pairs who are sure to feature on that list.