List of Cities in Iraq
Iraq has been a troubled country over the last...
List of Personality Traits
Our personalities largely make up who we are as...
Calendar Holiday List
Holidays are widely anticipated events dispersed throughout the year...
List Different Varieties of Apples
There are many different varieties of apples, one of...
You Don’t Want To Meet Them: Top 10 Scariest Sea Monsters
Photo by Bidwell, Coby 6. Lionfish (Pterois) A crowd... 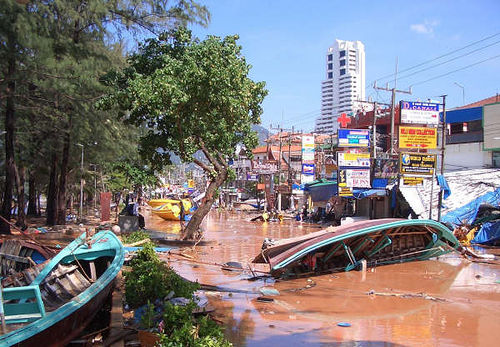 Second on the list of the most disastrous modern day earthquakes is the 2004 Sumatra-Adaman earthquake. The tsunami that resulted from this earthquake was also given various names including the Indonesian tsunami, the 2004 Indian Ocean tsunami, the Boxing Day tsunami, etc. Over a span of 14 countries, carnage ensued and the lives of nearly 230,000 were taken. Some cities affected by the resulting tsunami were pulverized by waves that reached over 100 feet high. Other nations delivered nearly $14 billion in aid for relief, and millions upon millions of people were directly affected in some way by the disaster. To give a better idea of how intense the Sumatra-Adaman earthquake was, it is currently the third largest earthquake to ever be recorded on a seismograph.