List of Cities in Iraq
Iraq has been a troubled country over the last...
List of Personality Traits
Our personalities largely make up who we are as...
Calendar Holiday List
Holidays are widely anticipated events dispersed throughout the year...
List Different Varieties of Apples
There are many different varieties of apples, one of...
You Don’t Want To Meet Them: Top 10 Scariest Sea Monsters
Photo by Ken Phenicie Jr. 5. Red Octopus (Stauroteuthis... 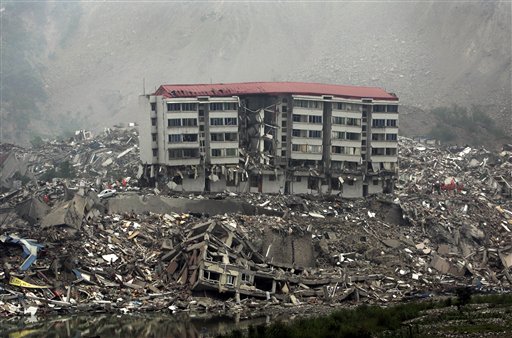 On May 12, 2008, the Sichuan province of China experienced the earthquake of a lifetime that absolutely nothing could have prepared society for. Otherwise known as the Wenchuan earthquake, this natural disaster was the killer of over 80,000 people, and it produced after shocks for months after the original quake had ended. It was the deadliest earthquake China had seen ever since the Tangshan earthquake in 1976, and $137.5 billion was spent in reconstruction efforts. From the 1900’s to 2014, the Wenchuan earthquake has been marked as the second most costliest earthquake, in terms of estimated direct loss at the time of the quake.