List of Slogans
US states have created slogans to advertise to tourists,...
List of Cities in Iraq
Iraq has been a troubled country over the last...
List of Personality Traits
Our personalities largely make up who we are as...
Calendar Holiday List
Holidays are widely anticipated events dispersed throughout the year...
List Different Varieties of Apples
There are many different varieties of apples, one of... 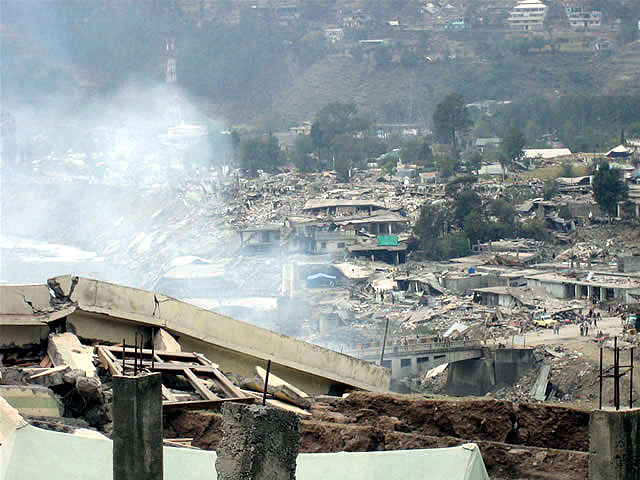 Photo by Edge of Space

In what has been regarded as the 18th deadliest earthquake in recorded history, the 2005 Kashmir earthquake took the lives of almost 100,000 and injured nearly 200,000. The most heavily affected area was Muzaffarabad in Kashmir. Around 3 million people’s homes were wrecked in the destruction, and 70% of casualties were found to originate from Muzaffarabad. The ruthless earthquake resulted in almost 150 aftershocks, and 26 of them had magnitudes more destructive than the original. After the earthquakes effects died down, nearly $6 billion in aid/relief was delivered from other parts of the world. Like the quake of Bam, Iran, a significant amount of the damage was attributed to poor construction of the buildings, homes, and other infrastructures on the land.