List of All Tycoon Games
Tycoons are individuals who have managed to amass great...
Where to Download Games
Digital distribution is quickly becoming the preferred way for...
List of Religions
For better or worse religion has played a significant...
List of States Capitals
Australia, Mexico, and the United States all contain multiple...
List of Poems of José Rizal
José Protasio Rizal Mercado y Alonso Realonda is a... 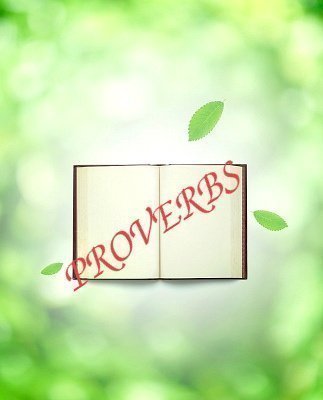 The word ‘proverb’ is derived from the Latin word ‘proverbium’. Proverbs are rich in meaning and they usually express truth that is based on human experience and common sense. These simple, concrete meaningful sayings are often metaphorical. Every culture has its own culture-specific proverbs. As far as English proverbs are concerned, the Bible and Medieval Latin have played a significant role in propagating proverbs throughout Europe.

Let us look at some of the proverbs that are often used to convey a wealth of meaning.

A Jack of all trades is a master of none.

A penny saved is a penny earned.

A picture is worth a thousand words.

A stitch in time saves nine.

All is fair in love and war.

All that glitters is not gold.

As you sow, so shall you reap.

A rolling stone gathers no moss.

A bird in hand in worth two in the bush.

Birds of a feather flock together.

Blood is thicker than water.

Beauty is only skin deep.

Be kind, for everyone you meet is fighting a harder battle.

Before you point your fingers, be sure your hands are clean.

Cross the stream where it is shallowest.

Cleanliness is next to Godliness.

Cultivate not a barren soil.

Crooked wood is straightened with fire.

Cut your coat according to your cloth.

Confession is the first step to repentance.

Do not put all your eggs in one basket.

Do as you would be done by.

Doubt in the beginning, not the end, of wisdom.

Do not make a mountain out of a molehill.

Do not cry over split milk.

Dread the anger of the dove.

Do not wash your dirty linen in public.

Do not count your chickens before they are hatched.

Every rule has its exception.

Every path has its puddle.

Every cloud has a silver lining.

Every dog has its day.

Early to bed and early to rise, makes a man, healthy, wealthy and wise.

Empty pots make the most noise.

Ends do not justify the means.

Experience is the mother of wisdom.

Even the smallest candle burns brighter in the dark.

Except for the night, we could never know the stars.

Example is better than precept.

Friend to all is a friend to none.

Failure is the stepping stone to success.

Forbidden fruit is the sweetest.

Friend in need is a friend indeed.

Give the devil his due.

Good advice is beyond all price.

Gambling is the son of avarice and the father of despair.

Home is where the heart is.

He who pays the piper calls the tune.

Half a loaf is better than none.

He knows most who speaks least.

He laughs best that laughs last.

It takes two to tango.

Idleness has poverty for wages.

If wishes were horses, beggars would ride.

In a flat country, a hillock thinks itself a mountain.

In the country of the blind blessed is he that hath one eye.

It is courage that vanquishes in war and not good weapons.

It is the early worm that gets the worm.

Jack of all trades, master of none.

Judge not, lest ye be judged.

Judge not the dog by its hair.

Jealousy is nourished by doubt.

Kill not the goose that laid the golden egg.

Kill two birds with one stone.

Knowledge without practice makes but half an artist.

Knowledge is the mother of all virtues.

Kind words are worth much and cost little.

Look before you leap.

Learn to walk before you run.

Learning is a treasure no thief can touch.

Let him who is without sin cast the first stone.

Make hay while the sun shines.

Necessity is the mother of invention.

Never cross the bridge until you have come to it.

Never put off till tomorrow what may be done today.

No man can serve two masters.

One swallow does not make a summer.

One man’s food is another man’s poison.

One may lead a horse to the water but twenty cannot make it drink.

Out of sight, out of mind.

Out of the frying pan into the fire.

People who live in glass houses ought not to throw stones.

Patience is a virtue.

Prevention is better than cure.

Procrastination is a thief of time.

Rome was not built in a day.

Rumor is a great traveler.

Strike while the iron is hot.

Spare the rod and spoil the child.

Spilt salt is never all gathered.

Slow and steady wins the race.

The early bird catches the worm.

The end justifies the means.

Time and tide wait for no man.

To err is human, to forgive, divine.

Two heads are better than one.

Two wrongs do not make a right.

Too many cooks spoil the broth.

Truth is stranger than fiction.

Uneasy lies the head that wears the crown.

Up the creek without a paddle.

What cannot be cured has to be endured.

Where there is smoke, there is fire.

You cannot have the cake and eat it too.

The above mentioned are a few proverbs that are commonly used. Proverbs are pithy and yet, they manage to convey all that we want to say in those few words. Therefore, it is small wonder that they are used in literature and even in our day-to-day conversations to make them more interesting and meaningful.